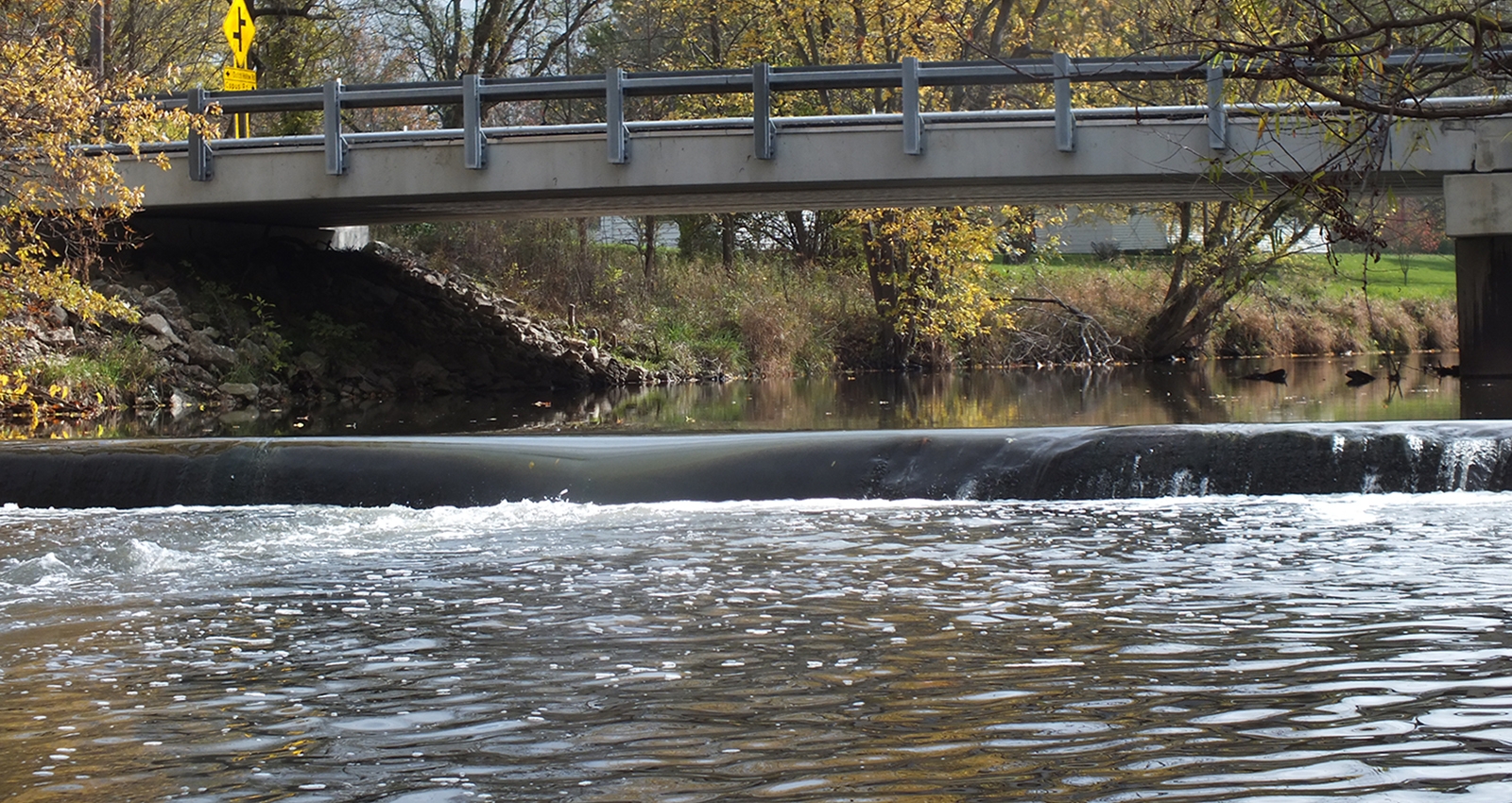 Because we are a headwaters stream system, flow or the amount of water in the stream channel has historically been challenged, especially in the summertime when precipitation is less frequent.  Therefore the installation of low head dams that span the entire width of the stream bed date back to the early 1900s in the Ottawa River watershed.

Seven lowhead dams are located within the Ottawa River main channel. The five lowhead dams in the City of Lima were constructed between 1931 and 1956 to create impoundments of water where otherwise a dry stream bed existed.  The Metzger Road low head dam creates an impoundment for the continual withdrawal of water by the City of Lima into the Ferguson and Metzger Reservoirs.  Just upstream of that dam and downstream of Fetter Road in Bath Township is a lowhead dam that was once utilized to impound water for withdrawal into Lima Lake, a water body now only used for public recreation.

Why is there talk about removing or altering some of these dams?

Lowhead dams are effective at creating a volume or depth of water in the Ottawa River.  But they can obstruct the natural habitat in the stream bed, the movement of fish species living in the river, and create zones of lower oxygen levels in the impounded water areas.  The Ottawa River is home to 54 different species of fish, with many of them only being found upstream and downstream of the group of dams.  These structures therefore are a key limiting factor to the stream miles that are impaired and not meeting the state’s water quality standards.  The Ottawa River Coalition is engaged in a conversation about removal or modification of dams in ways that the river flow can be maintained but fish can naturally move into and survive in impaired areas.

The lowhead dam next to Route 81 in Allentown was removed in August 2020. The Ottawa River Coalition initiated the process to remove the dam following the 2010 Ohio EPA Biological and Water Quality study and the 2013 Ohio EPA Total Maximum Daily Load (TMDL) report. The TMDL report recommended the removal of the dam because the dam is a barrier to fish passage and water quality. That study determined that downstream of the dam the river is in full attainment of the state’s aquatic life water quality status. Upstream of the dam the river is only in partial attainment. The dam was not the only cause of the upstream impairment, but it was significant enough of a barrier that OEPA strongly believed that removing the dam will result in water quality improvement. As part of the dam removal, a number of volunteers spent two days walking the stream bed looking for mussels that were stranded by the dewatering. We were able to relocate and save 79 mussels representing 9 different species. With the removal of the Allentown dam, aquatic life is now able to move freely through that section of the stream. As a result, we look forward to a cleaner, healthier Ottawa River. 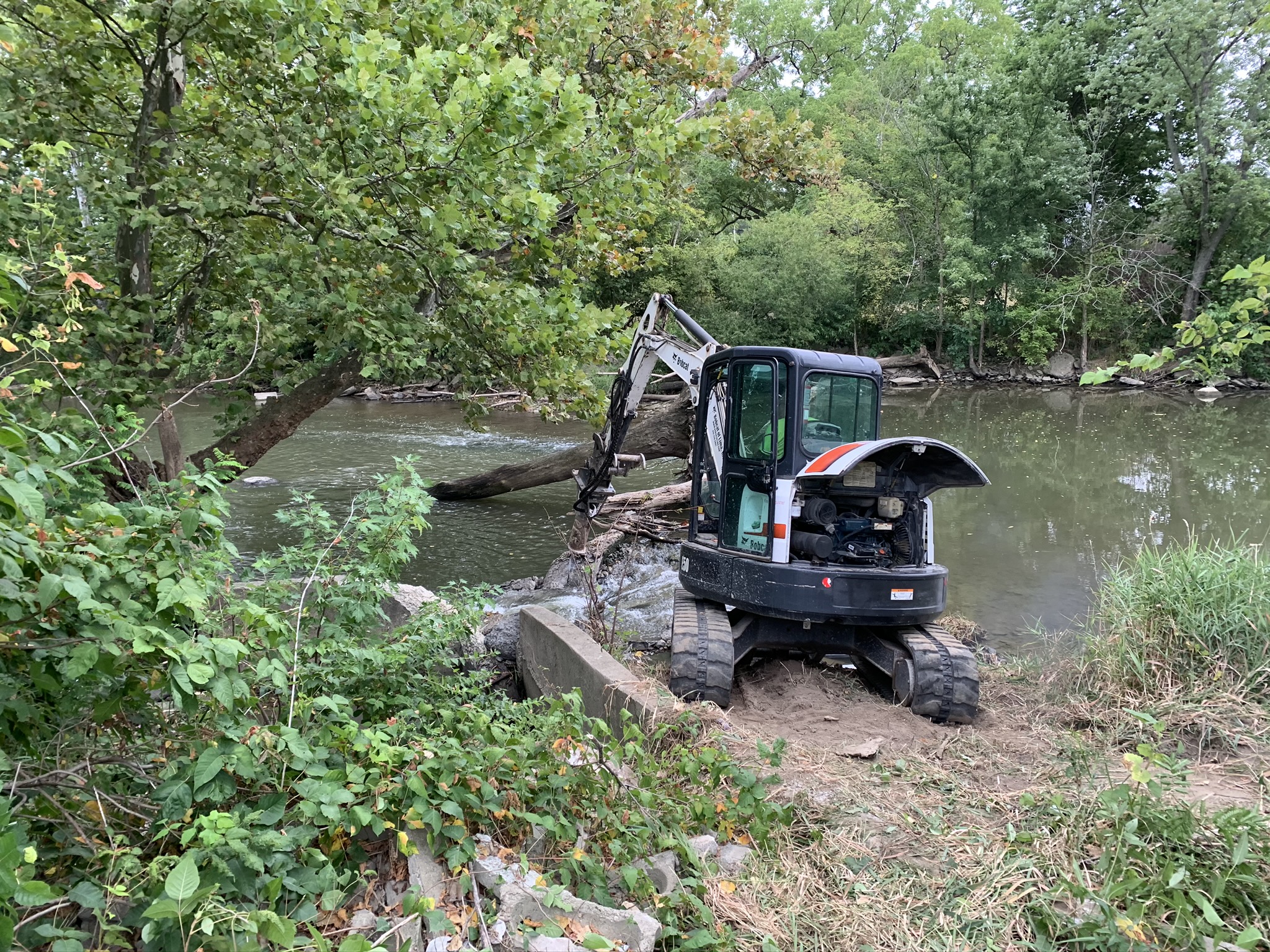 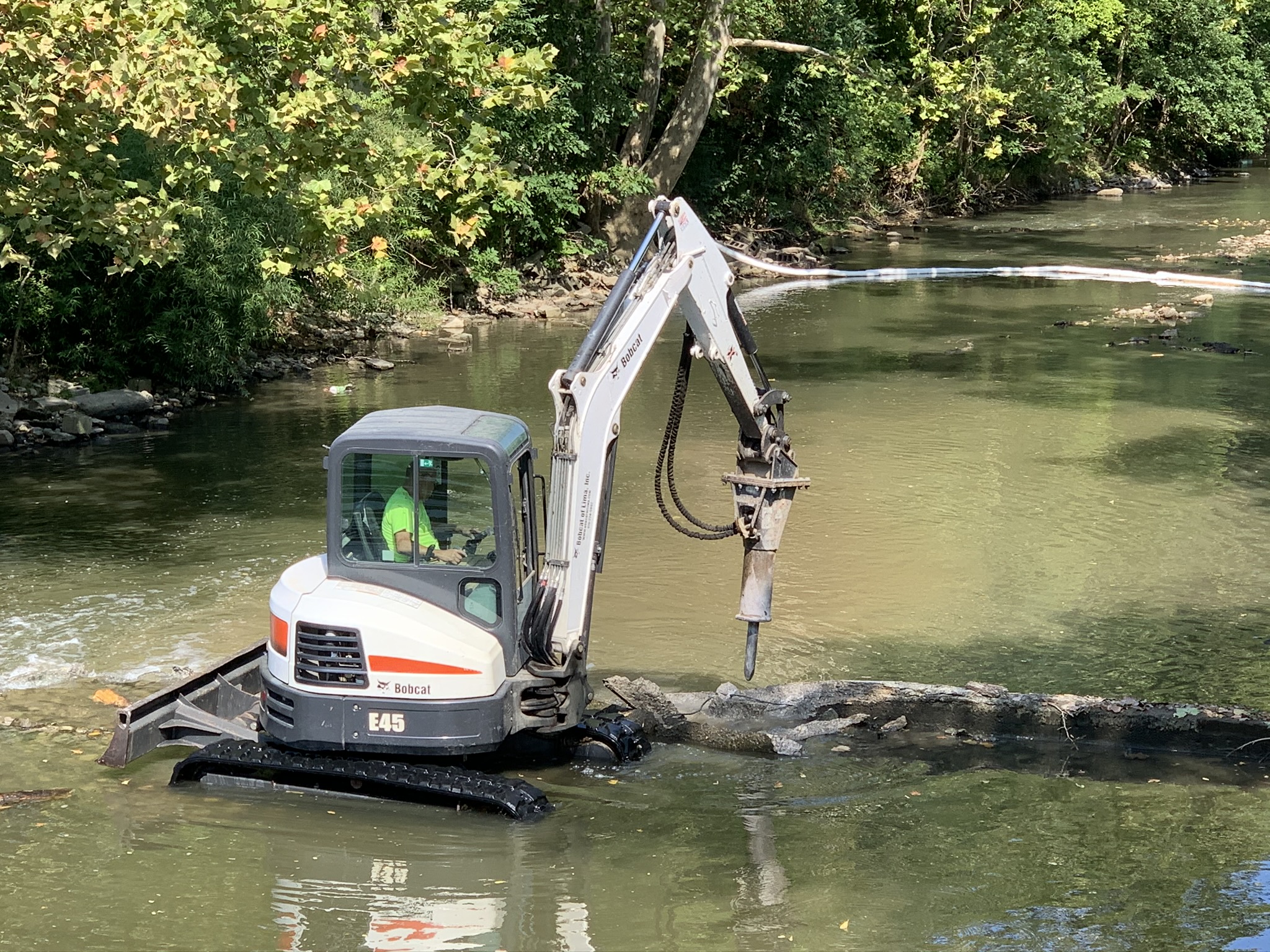 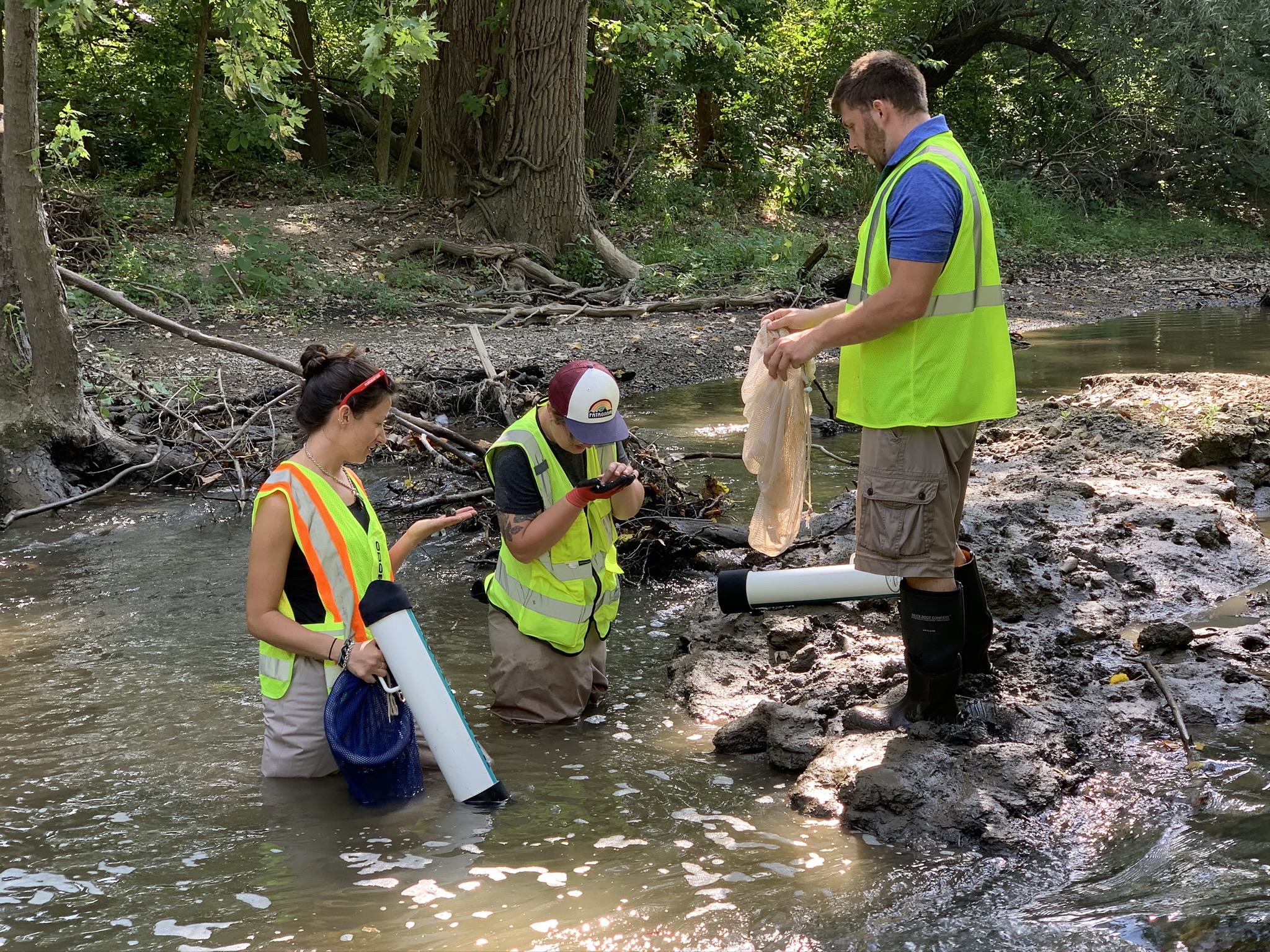 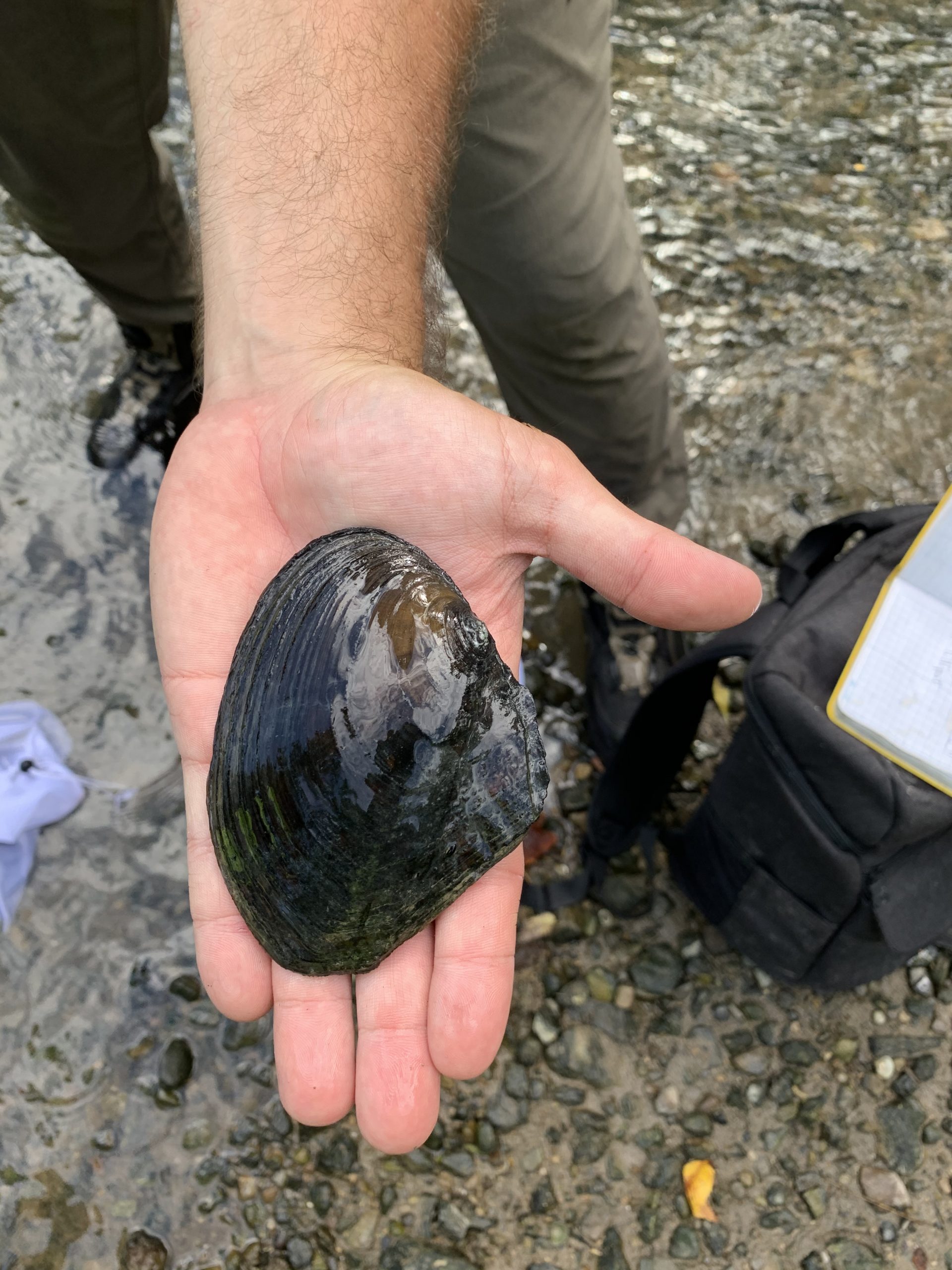 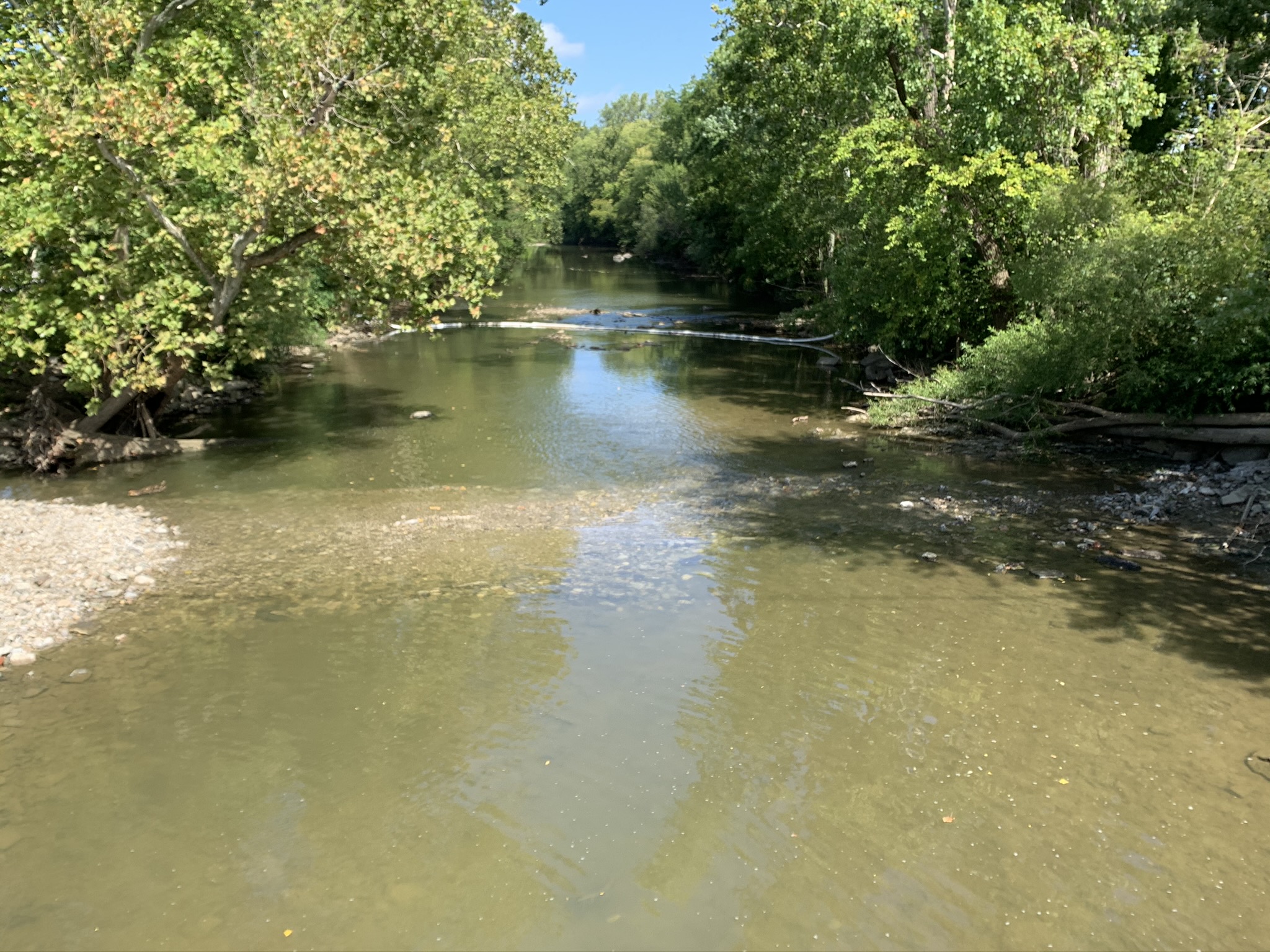 On October 16, 20018, Ohio Northern University’s field biology students conducted an assessment of the fish that live below the dam to gather data to be used in the planning for the dam’s removal. This video shows the wide variety of fish that they captured.

Eurasian Watermilfoil has been identified as growing in a dense mat in the Ottawa River in Lima over a mile long segment. It starts at the Lima Fire Station on Main Street and extends west or downstream, just beyond the Faurot Park footbridge. Local officials believe it has been growing here since at least 2016.  It does not normally grow in a flowing river, but the fact that it has established itself in between a series of lowhead dams is likely significant. As an invasive species, this plant has the ability to take over the native and diverse plant community in the river. The Coalition will continue to study the pros and cons of its presence in 2019. 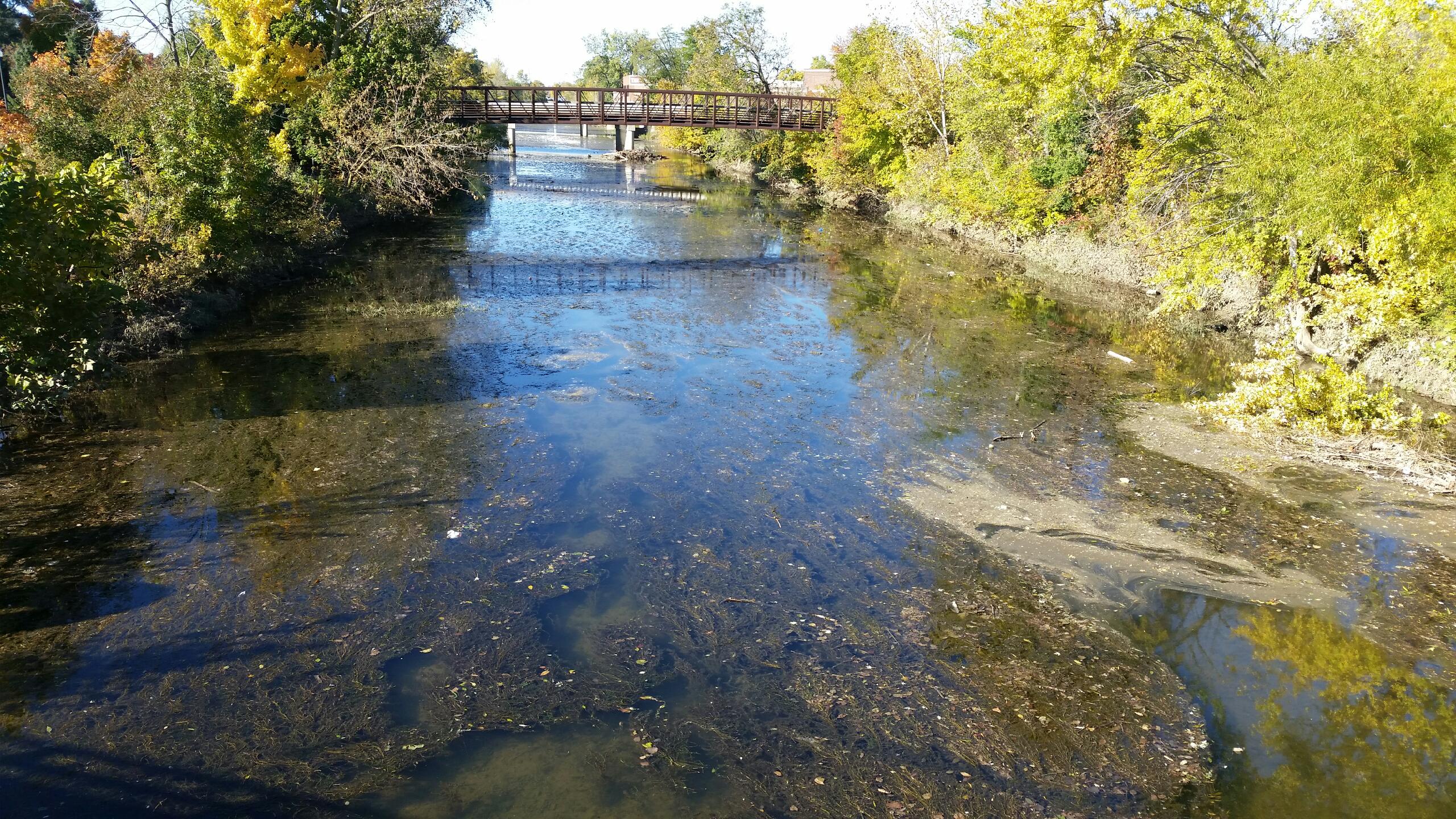 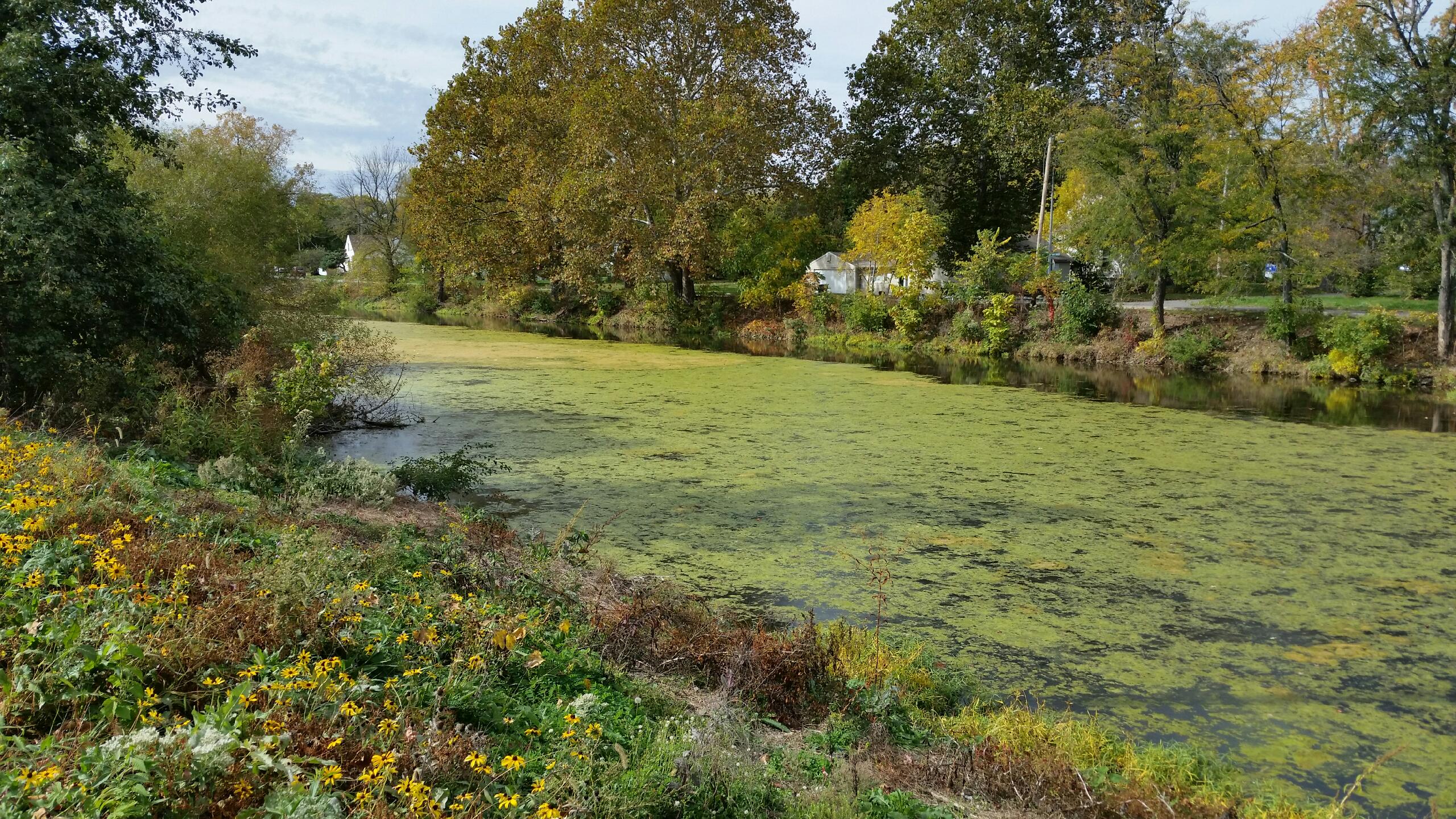 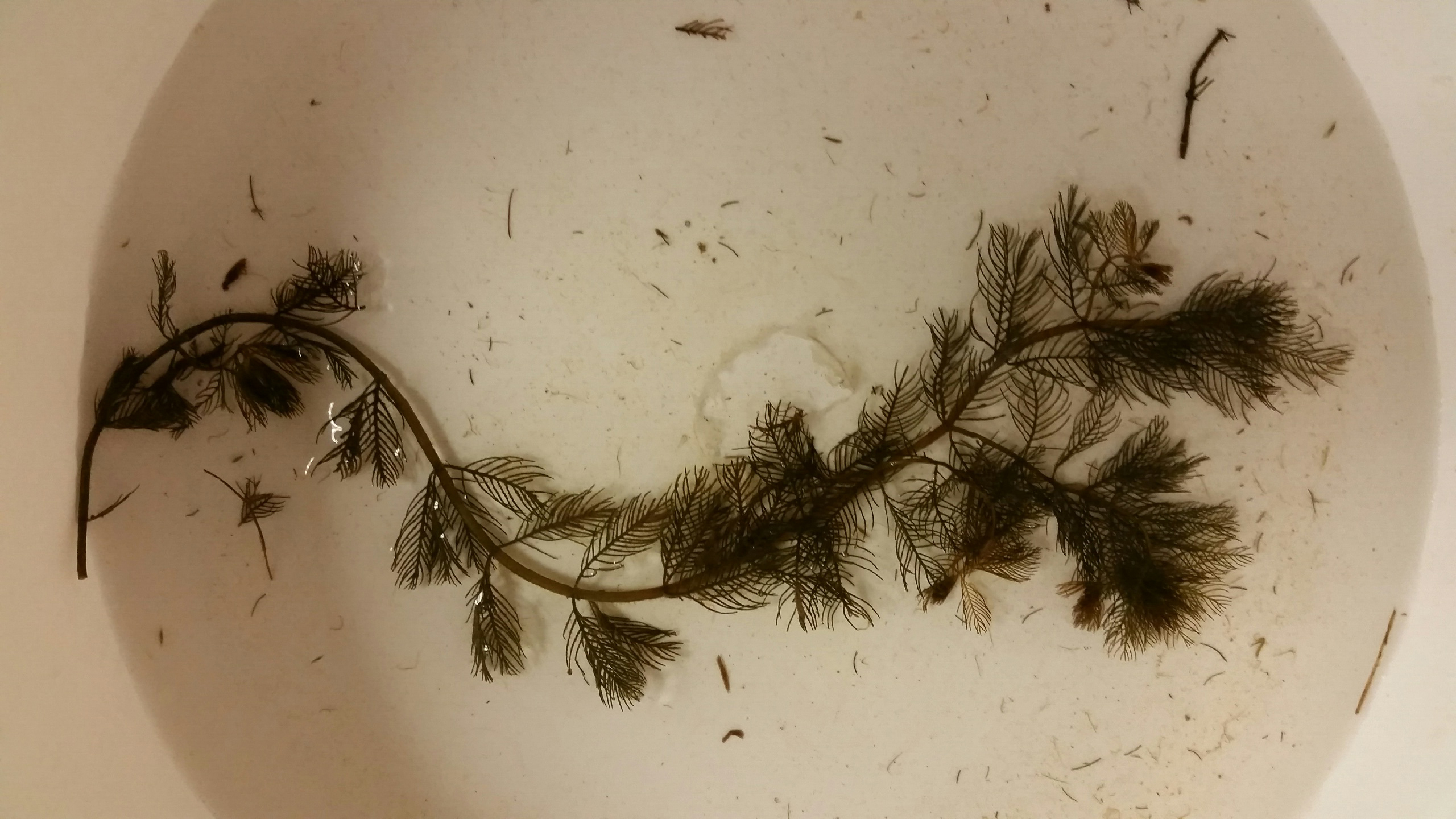